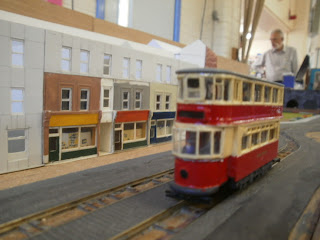 A selection of photos from this years Westfes.
Some excellent layouts were present, comments were that the mix was just about right.
This is a shot of Brian Goldings tram layout Lambeth Walk.
The layout is under construction and demonstrated the methods that Brian uses. 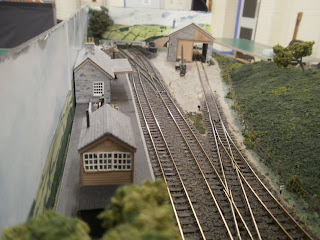 Nigel Cullimores St Levan, a delightful example of a far west could have been. The layout is about 5ft in length and has the fiddleyard integral with the single piece layout. 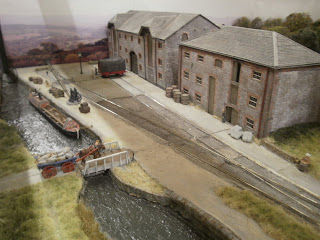 Nick Salzmans Yeoton Wharf is an unusual layout in that it has mixed gauge trackwork. Also a fascinating feature is the wagon on the turntabe automatically being drawn into the warehous. Cheating somewhat, and looking under the baseboard , the mechanism consists of meccano frame and gears. 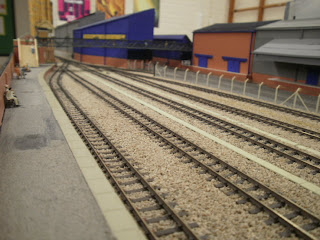 Hugh Martins Steelworks. This large layout can be part of the Solent Groups modular system.
Shown on its own it captures perfectly the atmosphere of a northern steelworks complex with private sidings as well as British Railways line. 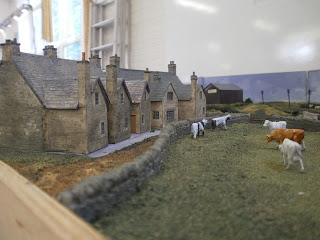 This non railway view is of John Thomas's 'Hollow Fosse'. Cotswolds based, John has recently upgraded the layout. It captures perfectly the area modelled and the buildings, including one being built and surrounded by scaffolding, very well.

Next will see the demonstration stands.
Posted by Steve Fackrell at 08:19