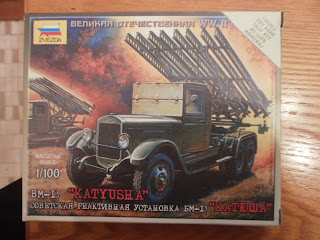 I dicovered these kits by chance on, I believe, Hattons website. I posted on the 3mm Society e-group about them and whether any others were available. At West Byfleet, Dave Finney showed me samples of them so I obtained some for myself.
Those very nice people at Shrewsbury Model Centre had some on e-bay, cheque sent and they landed on the mat two days later. Excellent service from SMCand they are to be applauded for their attention. 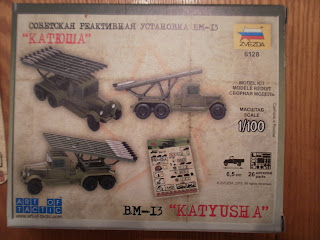 So, what do we have? This set of pictures shows a six wheel Rocket Launcher BM-I3 'Katyush A'. I got it to look at the possibilities for Anglisisation-Spellcheck anyone?
Two sprues of well moulded components, an exploded assembly diagram and a game card for the expandable game system Art of Tactic ' Operation Barbarossa 1941'.
As can be seen, most writing is in ,I believe, Russian. The whole catalogue seems to be available through an Austrian Company.
However, I digress. I think this could be adapted into an acceptable British prototype.
I also obtained another kit from Shrewsbury Model Centre but will tell more about this at a later date. 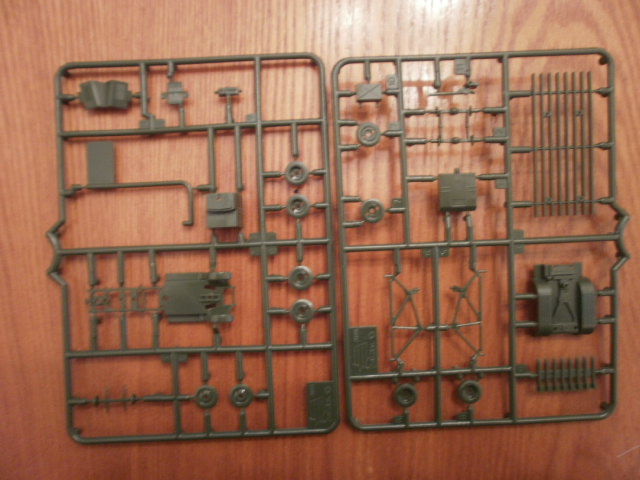 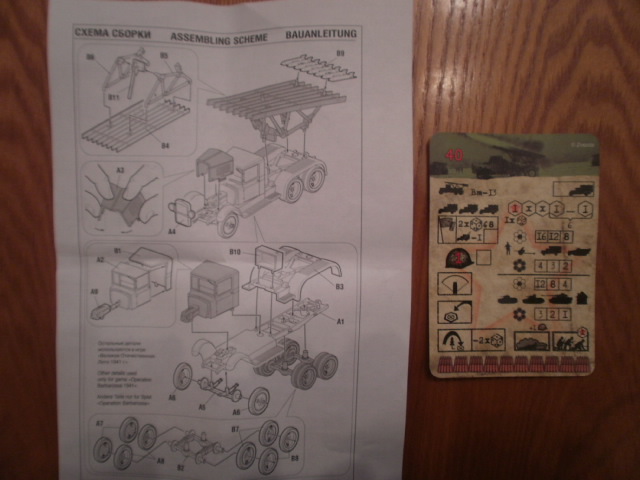