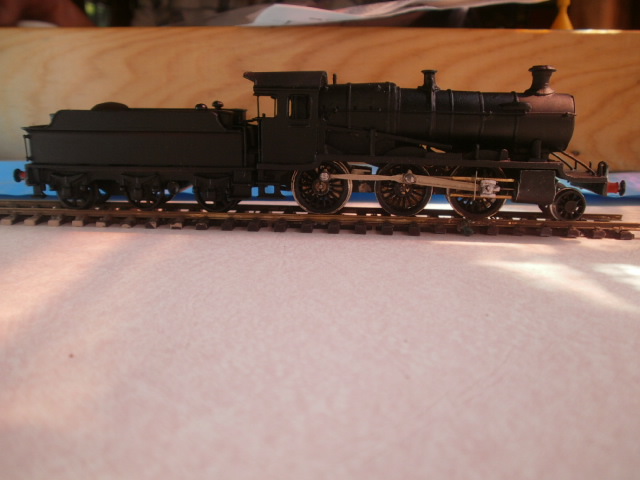 This ex-Gem kit is nearly completed. Built by Nigel Cullimore, it is not as originally intended.
Nigel has adapted a Collett goods cab instead of the closed cab that is included with the original kit.
This gives a variation to the norm and is well modelled.Still needing markings and cab plates it is a well observed piece of modelling.
Posted by Steve Fackrell at 06:33