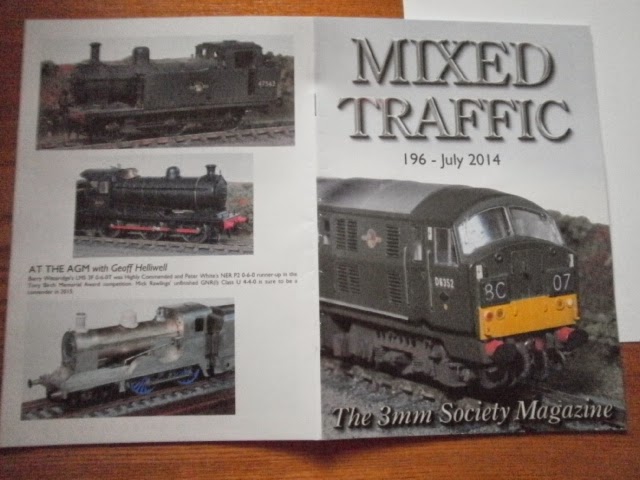 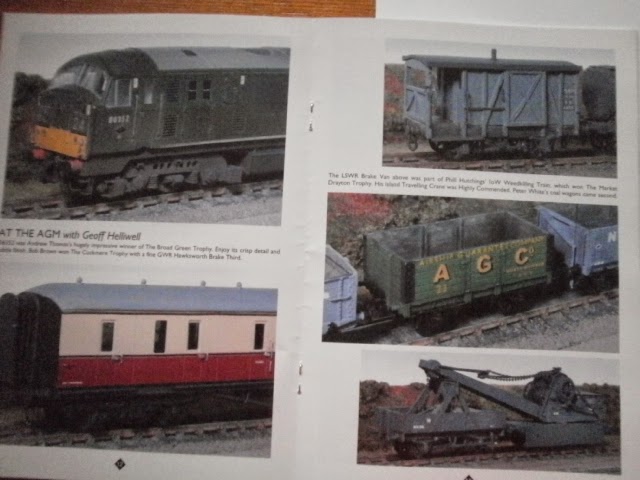 The latest edition of the 3MM Society magazine has hit the doormat!
26 pages of articles and photographs is started with an editorial enthusing about the forthcoming Fiftieth Year of the 3MM Society.
The 2014 AGM is covered together with the winners and runners up of the various competitions. The magazine is littered with photos of the entrants which will encouage others to enter another time.
Richard Brice contributes a fascinating piece on the possibilities of Kitmaster Coaches whilst Barry Witteridge describes his first 3mm layout- Wedmore.
Alan Smith backdates a Dogfish whilst Jim Barry recalls his days with the P-Way gang. A layout based on Bere Alston is suggested by David Hart together with rolling stock that could be used.
Add to this a couple of Eric Bruton's classic photos of LMS steam, Blast Pipe, Bits and Pieces and a piece by Geoff Gay describing his 50 something layout and another excellent edition has arrived.