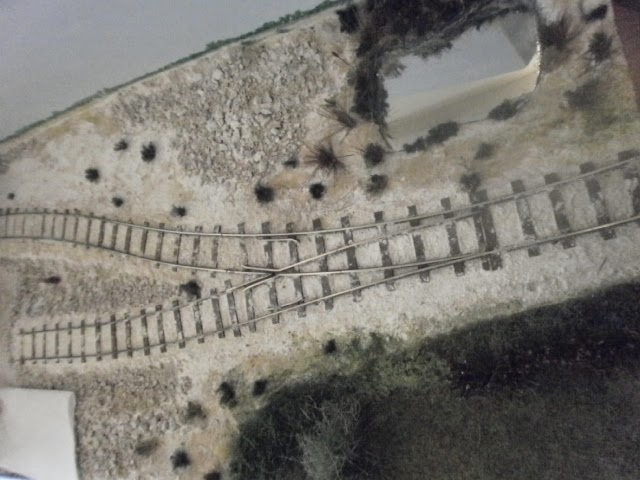 Our monthly meetings never cease to surprise me.
This month saw the arrival of Peter who has built a marvellous rendition of the narrow gauge lines associated with the clay workings in Purbeck. Please excuse me as I am useless at names. This is built to a gauge, I think, of 32mm. However, Peter wanted to do some touching up of the layout before Railway Modeller does a photoshoot later this month.
Also Peters son is into 009 and he broughyt along his layout as well and they are both shown here. 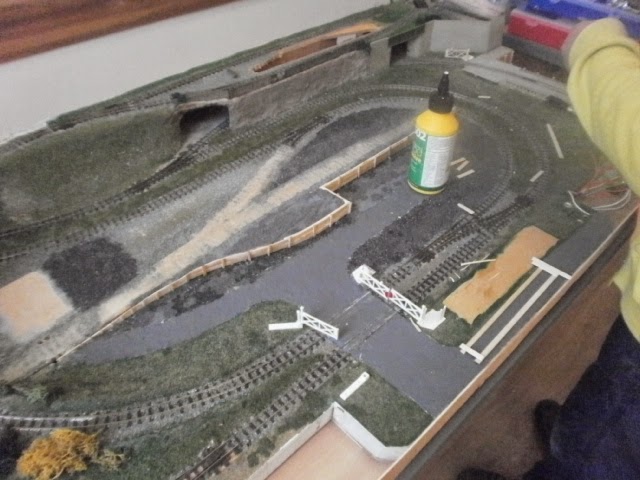 Although we are the 3mm Society Dorset Group, we appreciate other scales and indeed often steal  gain ideas from others who may have a good idea which can be adapted for use in any scale.
So, don't dismiss other scales as you well may be shooting yourself in the foot as they well may have an answer to your problems, no not those one's, and you may be able to benefit from them- I know I have- several times.