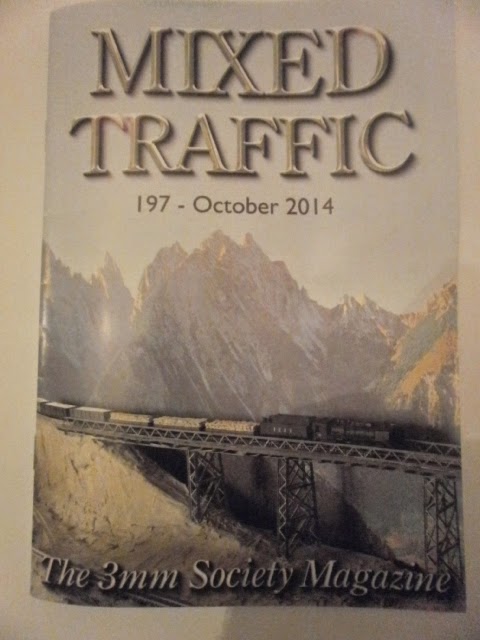 The latest edition of the in house 3mm Society magazine-Mixed Traffic has hit the doormat!
Something different this time as the cover is adorned with a wonderful picture of Ian Fraser's Conchi Bridge, part of his Chilean metre gauge layout.More details are then recounted and more splendid pictures.
Following a nostalgic editorial, Richard Brice adapts the Tri-ang Utility Van into a Scenery Van or 'Elephant'. Ted Boocock educates us on the correct signalling for junctions whilst Adrian Westbury makes a Roxey Mouldings 3mm scale 3SUB EMU- something I, and many others I suspect, didn't know was available in 3mm scale.Dave Hancock looks at discovering a back issue seller of model railway magazines and reminisces about early layouts in the premier scale. A couple of photos show locos from early layouts of that era plus some of current layouts from various members.
Mike Evans has submitted a couple of inspiationl photos from Somerset, one from the S&D and the other from the preserved West Somerset Railway. Eric Brutons classic photos reaches Album 119 with a GER J15 at Cambridge and Urie S15 30504 at Basingstoke.
The 3mm version of the PECO bufferstop is converted for use in14.2mm gauge by Nigel Brown whilst Bryan Erde describes a poor mans Hold-and-Fold from easily aquired bits and pieces.
Matchbox Vehicles are listed for 3mm Scale- this is something recently discussed on the 3mm e-group- I have my own opinions but will keep them to myself!
Add to this Blast Pipe, an insight into members thoughts on the 50 something challenge and a few reminders of recent items available sees a well balanced edition of which editor John Sutton should be proud.
The Newsletter should also be mentioned, recent products plus details of upcoming events make next year a very busy one.  Local Groups are very active and seem to be swelling in numbers- they really are a way to expand one's knowledge and skills. 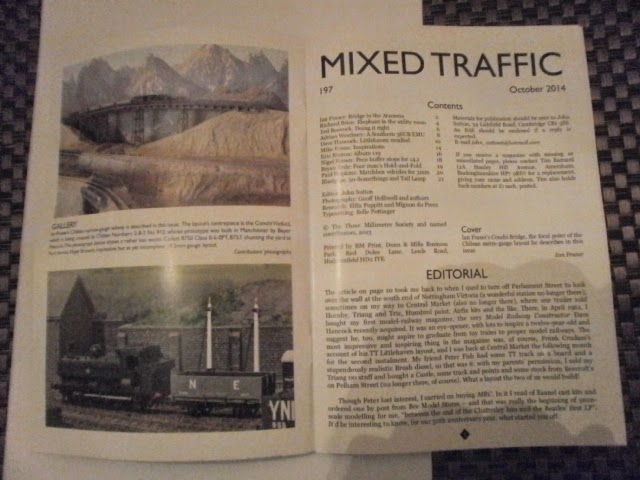