Who Says You Have No Room For A Layout? 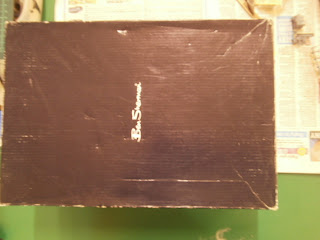 Buy yourself a new pair of boots and the box has a
very useful purpose!
I often hear the comment that people have no room for a layout- I beg to differ. Group member Robert has a penchant for Micro-Layouts.Indeed he has several in different scales. This one however is 3mm Scale.
Using cardboard as the basis, strengthened by webs
underneath, this little layout has one point, two sidings and a slot in fiddle yard. The whole lot pulls apart and fits inside the box as shown.
There is enough space left for the necessary rolling
stock to fit under or over the layout. 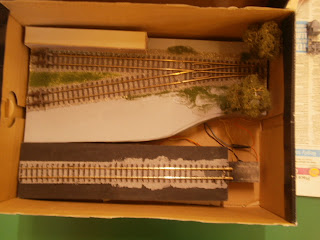 The Loco shows some perspective of size and has the makings of a fine layout which could be taken by bus or Bicycle to its next outing.
A new slant on the Inglenook theme and one project
which won't break the bank.
Rolling stock need only be a minimal and Motive
Power catered for by the excellent small industrial
diesels by Finney and Smith or the 04 by Worsley Works.
Track by Peco (Hom) and buffers from 3mm Society.
Only extra is a control unit and away you go-Simples! 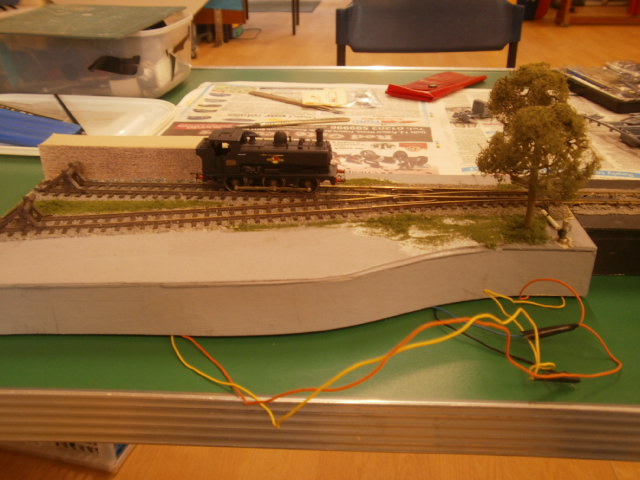