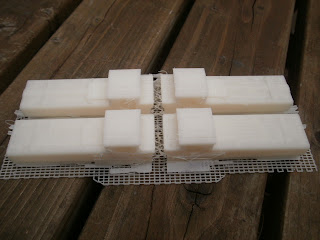 A further ammendment to the bodies, removing the smokebox door and reinstatement of the firebox above tank level has resulted in some further efforts.
As an experiment four bodies were produced to see if multiples could be made.
These were produced in white plastic this time and show that a more refined body can be made.
Two of each type were made and it is apparent from these that a knowledge of computer programming and systems is probably of more importance than a knowledge of railway engines. 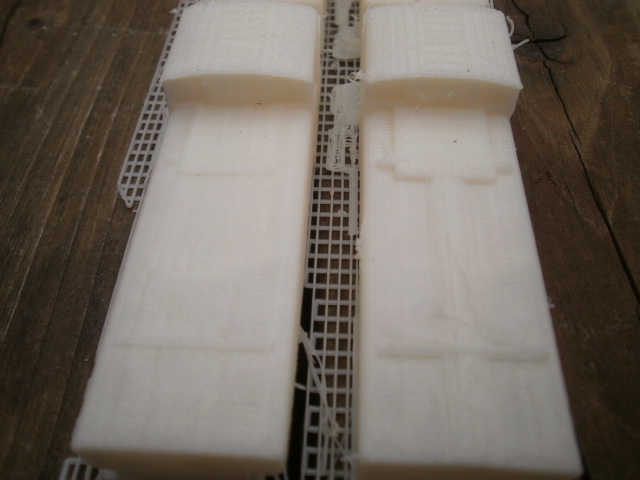