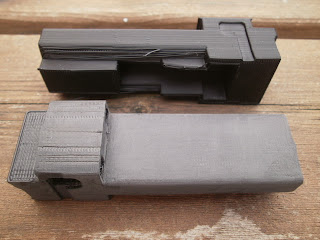 Two bodies for Panniers have been produced, a 64XX and an early 57XX.
Subsequent pictures will show that some work has to be done to the raw moulding as due to the body being built up in layers, a corrugated effect is evident. Bear in mind that the engineers have only recently obtained the machine and these are early examples. It may well be that ,with experience, a better result will be obtained.
More later- comments are welcome but it must be stated that this will not be a commercial venture at this time.Please see my amendment to the first Rapid Prototype post- The measurements were actually used to produce a 3D drawing- not a scanned drawing as I had said. 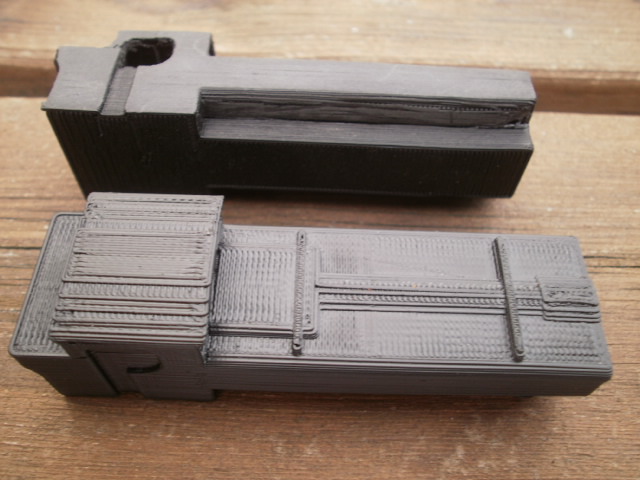