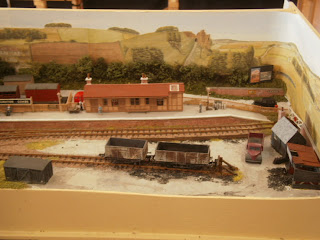 A couple of layouts also attending were, firstly Richard Popes Dunkerton.
Built originally by Bob Brown, who this year was demonstrating his buildings for his new layout , this minimum space layout really captures the atmosphere of the former GWR Cammerton branch.
The layout is a combination of Monkton Coombe and Dunkerton stations.
The run round has enough of a head shunt to enable a 14XX loco and Autocoach to shunt as was prototypical- too much work to disconnect the Autotrailer. 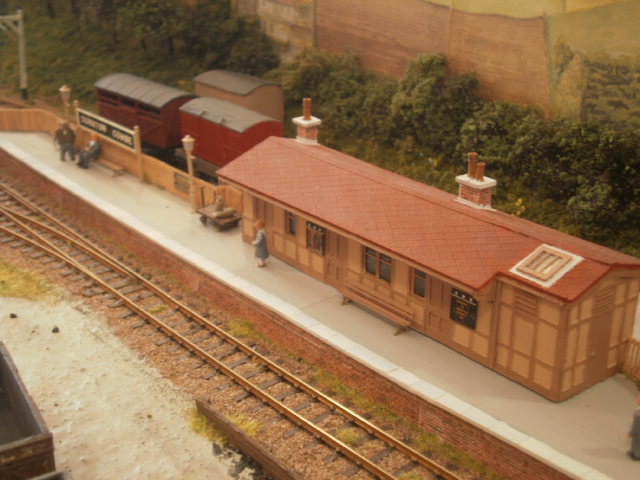 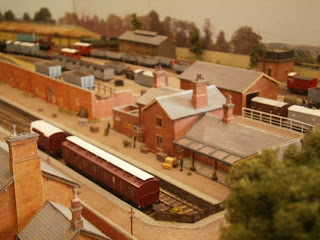 Peter Whites Masham is a superb piece of work!
In fine scale 14.2 mm gauge,  the layout captures the small market town station in North Yorkshire. It is the terminus of a 71/2 mile branch from Malmerby.
My photos don't do the layout justice- there is just so much to admire and appreciate.
Adding to the atmosphere are Peters kit built locos and stock. 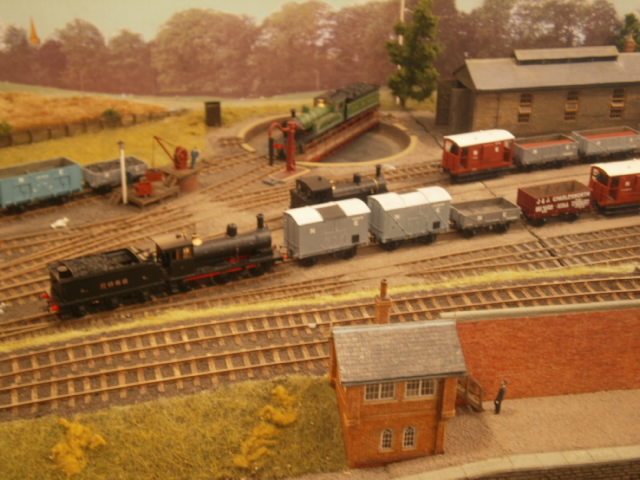