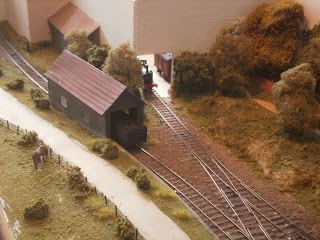 The top and smaller picture to the left depict Andy Shillitos Wantage Tramway. Capturing the small light railway which ran between the GWR Wantage Road station and Wantage Town. In Andys words it lasted until the 1940's but never recovered from the ravages of American Tanks-Thanks Yanks!
The lower pictures of Mike Corp's, now sold, West Harptree. A fictitious GWR branch in North Somerset.
Sold by auction at the show, a generous sum was raised for the Ilton Village Hall.
Teignford was also there but I have posted enough pictures of that for the time being. 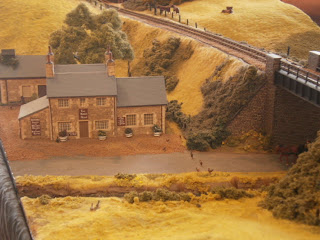 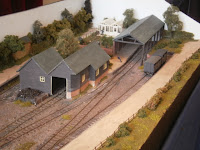 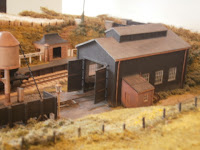 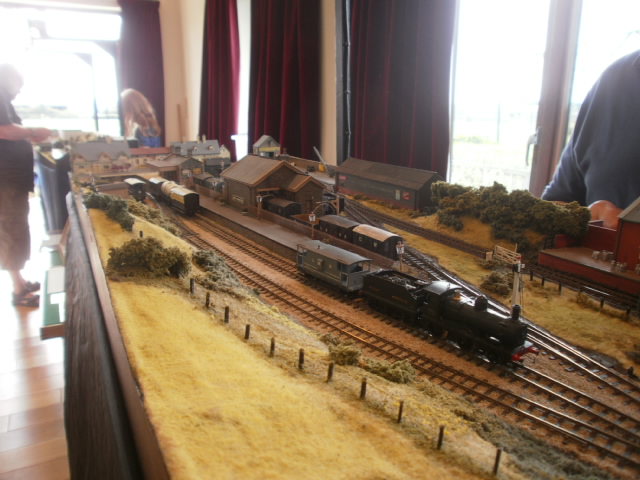