Somerset and Dorset come's to Teignford. 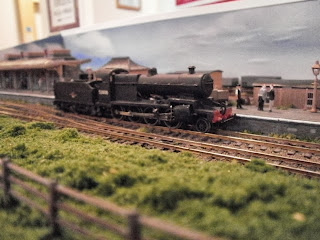 John O'Dell kindly provided a S&D flavour to Teignford at the Blandford Museum's Somerset and Dorset Joint Railway 150th Anniversary Exhibition celebrating the opening of the railway from Blandford to Templecombe..
Such a busy weekend with much to se, I only took a few shots of John's locos posed on Teignford.
The lighting was poor so please excuse the poor images.
To the left is the icon of the S&D the 7F. 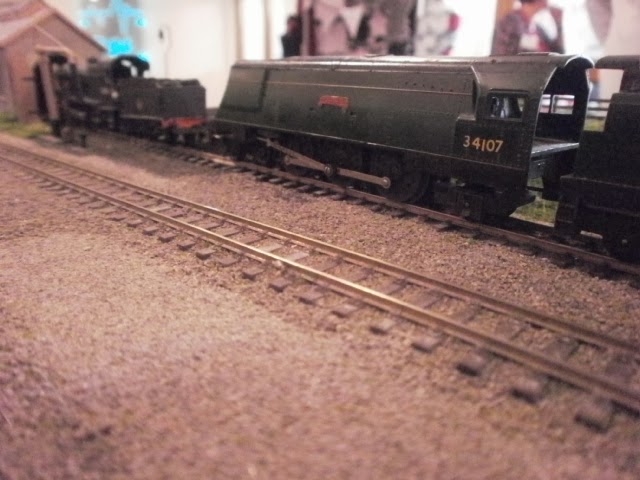 Bullied 34107, Blandford Forum also put in an appearance- and also had it's picture taken with its big brothers nameplate.
Posted by Steve Fackrell at 06:30