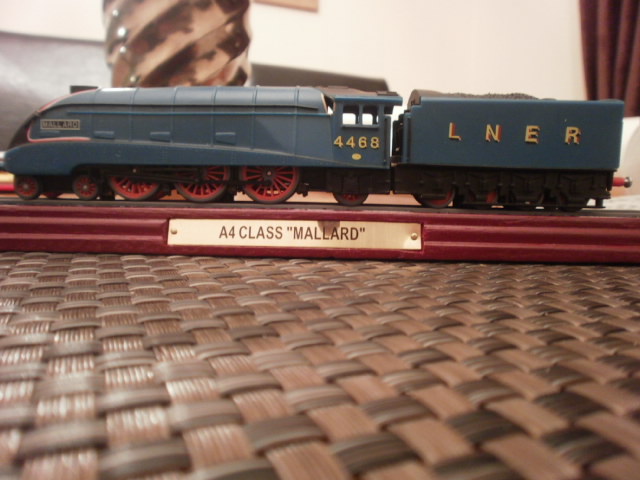 Atlas Editions at some time made several models which appear to scale out as 3mm models. There has been six or seven British outline locos including Flying Scotsman, Schools Class, Rememberance Class, West Country/Battle of Britain being the ones I can remember.
Of course Gresleys A4 Mallard is also one of the series as shown here. It is mounted on a plinth with a brass coloured nameplate and what appears to be 14.2mm track.
I have tried to take the thing apart with no sucess. The loco and tender are separate items, screwed to the base with four screws. However, when the screws holding the chassis together, apparently, are removed there the excitement ends. The chassis is stuck firm within the body and, not wishing to destroy what is a nice modelthe dismantaling process is stalled. A pity really as this would make an easy conversion, just having to make the chassis and attach the body.
Posted by Steve Fackrell at 08:22